Why Use Pre and During Performance Routines

Athletes understand that the pressure of the game eventually leads to having a harder time breathing as the heart pumps faster and the thoughts begin to race. Everything is happening extremely fast. As the pressures continue going up, the breathing becomes shallower and faster.

This emotional and physiological response typically leads to feeling fear. It is quite common that we become judgmental and turned into our own worst enemy. This mindset exacerbates internal 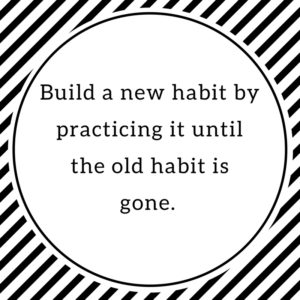 pressures. By then, the mind is out of focus and it becomes very difficult to bring the attention back to the game.

To minimize this autonomic response that creates high levels of distractibility, we will be better off including in our performance routines the mastering of how we breathe. We normally breathe from our upper chest. With each inhale, our chest expands and it later returns to normal after we exhale. As common as it is, this breathing style is not necessarily conducive to lessen stress. In fact, how would you react if you are standing up and, suddenly, someone comes from behind and scares the hell out of you? Wouldn’t you take a deep inhale by expanding the upper chest? Right? How can it be that the same upper chest breathing response has a dual function, fear response and calmness? It does not.

Breathing from the diaphragm is a more efficient response that leads to calmness. It is also called, belly breathing. If you lay down and place a light object on your belly, push it up with each inhale and allow it to come down with the exhale. Repeat this breathing movement over and over by breathing normally into your belly rather than into your upper chest. As you breathe, your body will relax. The shoulders will soften and the upper body will slow down.

The more you practice it, the easier will become. Practice it standing up, walking, seated up, etc. Become a master of your own belly breathing and use it at will. Learn to become aware of where you are breathing from. As the pressure mounts, the diaphragm pushes up without our awareness. However, if we create the habit of checking with our breath, then we will know if dropping of the diaphragm is needed.

Build a new habit by practicing it until the old habit is gone.