Sports Concussion: What You Need to Know 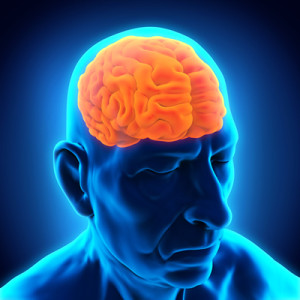 Reports show that the potential long term effects of recurring concussions lead to cognitive and neurological disability. Concussion is attracting more attention as of late as the numbers keep increasing yearly. Data indicates that 350,000 sport-related cases were reported in 2012; almost a third of these cases took place during practice. Although football is the leading sport with reported concussions (47%), athletes practicing soccer, lacrosse, basketball, cheerleading and baseball are equally experiencing concerning numbers.

Although the common symptoms are dizziness and headaches, almost half of the occurrences after consecutive blows to the head do not manifest any symptoms. An athlete may have suffered a mild concussion and feeling no much of a symptom, but continues playing. The “get up and keep going” athletic culture only enhances the probabilities that the athlete becomes cognitively impaired for life if proper caution is not used. The idea that it is only concerning if the athlete loses consciousness is a misnomer as only 10% of sport concussions reached this acute level.

Concussions occur when there is sudden acceleration or deceleration of the head. The cerebral spinal fluid separates the brain from the skull. When a quick blow to the head takes place, the fluid is not strong enough to absorb the shock and the brain makes contact with the skull. Whether the athletes wear any head gear or not is not important. Head gears protect against face lacerations, not concussions.

The most important piece of knowledge is to not minimize even minor head blows. The athletes will want to continue playing, but its untreated effects may be too damaging. At first, he/she may not notice any particular symptom, but an hour later he/she has a hard time recalling whether he/she practiced or played the game.

All athletes that have any doubt of having a concussion must report it to the coach, parents and/or medical staff. It is imperative that they get proper treatment. If they did have a concussion, there are treatments and protocols that need to be followed before the athlete is to return to play.

You need to know the following:

– Seek proper and immediate professional care rather than minimizing its probabilities.

– Remain out of the game until the health care professional indicates you are symptom-free.