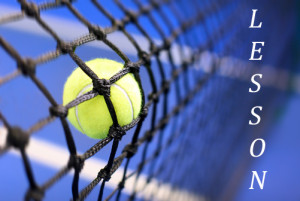 This past Saturday, Serena experienced a loss that will be remembered as one of the major defeats in the history of Gran Slam tennis championship. Roberta Vinci, an unseeded Italian player with limited success in prior Gran Slam matches, shocked everyone after coming victorious in a thrilling semi-final 3-set match. Vinci overcame the 300-1 odds to defeat the 21-Grand Slam Champion who was pursuing history as a win in the US Open would have placed her amongst the super-elite female tennis players of all time.

Was Serena overconfident or was she overwhelmed by wanting to make history? How come Serena lost to Vinci, a player she had defeated many times in the past? Was the pressure to make history eventually too much to handle? In a post-game interview, she denied feeling pressure; she alluded to Vinci playing well and making very few errors, but nothing out of an ordinary tennis match. However, the game cameras that were focusing on Serena’s facial expressions allowed us to see she was biting her lower lip, her face was tense, her eyes indicating disbelief, and her pace was accelerated. It was clear that the emotions of the moment took the best out of her.

At the end, Serena battled game pressures just like any one of us. Unfortunately, pressure was more powerful than ever before. We will not know how she mentally prepared herself for this occasion, but wondering if she had a moment to truly embrace nervousness for what she was about to accomplish. It is challenging to be totally opened and publicly express how nervous one feels. Keeping emotions inside may be the ideal recipe, but it will eventually show up. Unless properly demonstrated, emotions build up inside of us until the body can no longer contain it.

What you can do to relieve pressures:

Embracing emotions relieves pressures. When feeling pressure, admit it. Laugh out loud. Shake your body in a funny and demonstrative way in order to move the inner pressures that our internal physiology is keeping trapped. Allow your arms to swing back and forth and/or move them like spaghettis. Shake your head, move your hips in circles, and kick your feet up and around.